The European Union signed a trade deal with Vietnam on Sunday, underscoring the bloc’s commitment to opening up its market and trading freely in the face of rising protectionism and trade tensions around the world.

The signing ceremony in Hanoi came just two days after the European Union had agreed to another, much bigger, free trade deal with four South American countries.

The latest deal would eliminate 99 percent of the tariffs on goods and services between the European and Vietnamese markets, although some tariffs would progressively be cut over a decade and some agricultural products would be limited by quotas.

In a later statement, she said: “This is a strong statement for open, rules-based trade and another important agreement for the E.U. in South East Asia.”

The government of Vietnam, in a statement, hailed the agreement as a “historic moment.”

Negotiations between Vietnam and the European Union began in 2012 and were completed last year. After trade talks between the United States and the European Union broke down late in 2016, a newly elected President Trump vowed to protect American workers and goods. In reaction, the E.U. decided to become more assertive in reaching free trade agreements around the world, E.U. officials have said.

On the margins of the Group of 20 nations summit in Osaka, Japan, on Saturday, Jean-Claude Juncker, the president of the European Commission, said that during his five-year term, the E.U. had finalized trade agreements with 15 countries.

“Today, Europeans benefit from open trade with 72 countries,” he said, adding that “we need the G20 to improve economic cooperation between us.”

But some trade skeptics, including some in Europe, have expressed concerns over the E.U. signing a trade deal with a developing country like Vietnam.

Lora Verheecke, a Brussels-based activist for Friends of the Earth, an umbrella organization of environmentalist and human rights groups around the world, wrote in an opinion piece in the EU Observer last week that the European Union’s deal with Vietnam would “have dire consequences for human well-being and our ability to prevent climate and ecological breakdown.”

She said that “corporate courts” included in the deal were likely to favor “big business and rich individuals” over citizens and the public interest in Vietnam.

Vietnam, which has one of the fastest-growing economies in Southeast Asia, projects that its exports to the E.U., worth nearly 50 billion euros in 2018, will increase by over 40 percent by 2025 under the new deal.

The deal still must be ratified by both the European Parliament and the parliaments of the European Union’s 28 member states, as well as by Vietnam’s National Assembly.

“We hope for a swift ratification,” the European Union said in a statement on Sunday, “in order to allow our businesses, workers, farmers and consumers to reap their benefits as soon as possible.” 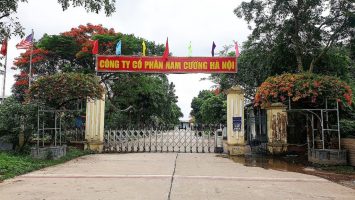 am Cuong Hanoi JSC from the perspective of Japanese friends 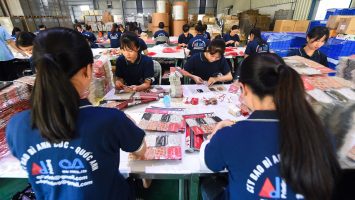 WHAT IS NONWOVEN? WHAT IS THE APPLICATION OF NON-WOVEN FABRICS?